Justin Jones, CEO
An 18-year-old star soccer player from Florida had the ball rolling. With six scholarships from Division 1 colleges, she was all set to take her future by storm. Just before the end of the school year, however, this young athlete suffered an injury and was put on hydrocodone, a pain medication derived from opioid. It wasn’t long before she was battling addiction and in the absence of prescription medicine resorting to heroin. She was eventually arrested for drug possession. Her parents were distraught, as they were unable to discern a solution that could effectively fight this addiction until they came across Geneus Health’s, Genetic Addiction Risk Score (GARS®) test.

In a time when the U.S. is witnessing the worst opioid addiction crisis in its history, GARS®, the first patented genetic test, offers a breakthrough in curbing addiction as well as facilitating recovery. The GARS® test is the outcome of over three decades of extensive research conducted by Dr. Kenneth Blum, who discovered the first gene linked to alcoholism back in 1990. Today, GARS® is creating headway in the industry as a unique genetic test that can accurately predict vulnerability to addictive, impulsive, and compulsive behaviors. These behaviors, coined by Dr. Blum as “Reward Deficiency Syndrome (RDS),” are now officially recognized as a disease state in the SAGE Encyclopedia of Abnormal and Clinical Psychology.

What makes GARS® truly revolutionary is its ease of use. Through a noninvasive cheek swab, the test is able to identify an individual’s genetic predisposition toward addictive behaviors. “GARS® is setting a new paradigm in the conventional standard of care by empowering healthcare providers to make informed decisions about diagnosing a disease state,” says Justin Jones, CEO, Geneus Health.

GARS® is the long-awaited answer to a personalized recovery approach for individuals suffering from substance and non-substance abuse. Providers also believe that the test is enabling patients to overcome mental barriers such as shame, guilt, or denial that are initially associated with treating addiction. “Patients are more open to treatment when they realize that their situation is not self-inflicted but a genetic condition,” explains Jones. Another area where the test is creating a significant stir is in the prevention and the prophylactic space. Research indicates that 40 to 60 percent of predisposition to addiction is attributed to genetics. With the GARS® test, providers can easily test how susceptible a patient is to drug addiction and prescribe medication accordingly.

Apart from drugs, addiction to gaming, “the digital heroin,” is an equally alarming disorder that is slowly eating away at modern-day society. With Geneus Health’s cutting-edge technology, awareness to an individual’s gaming addictions can be a catalyst to changing one’s environment. Not limiting to addictions, the GARS® test can also be used to determine a patient’s predisposition to ADD/ ADHD. Through their endeavors, the company is not aiming to replace the existing standard of care assessment tools, but to work in conjunction with it.

“With the emergence of services offered by genomics companies such as 23andMe, DNA testing is no longer considered a taboo, and in turn, people are genuinely curious and excited to learn what their genes reveal about them,” continues Jones. Geneus Health is all set to tap into this curiosity market. While the test is currently accessible only through certified partners, future plans will engage the consumer in national campaigns and awareness of their state-of-the-art test. “At Geneus Health we are addressing a concern which has long plagued our culture and GARS® is assured to create an impactful value for the greater good,” ends Jones. 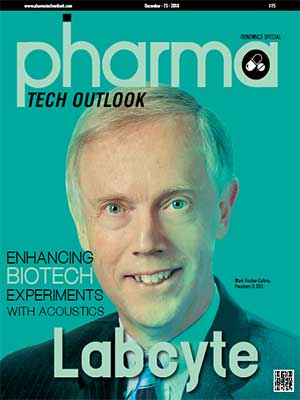